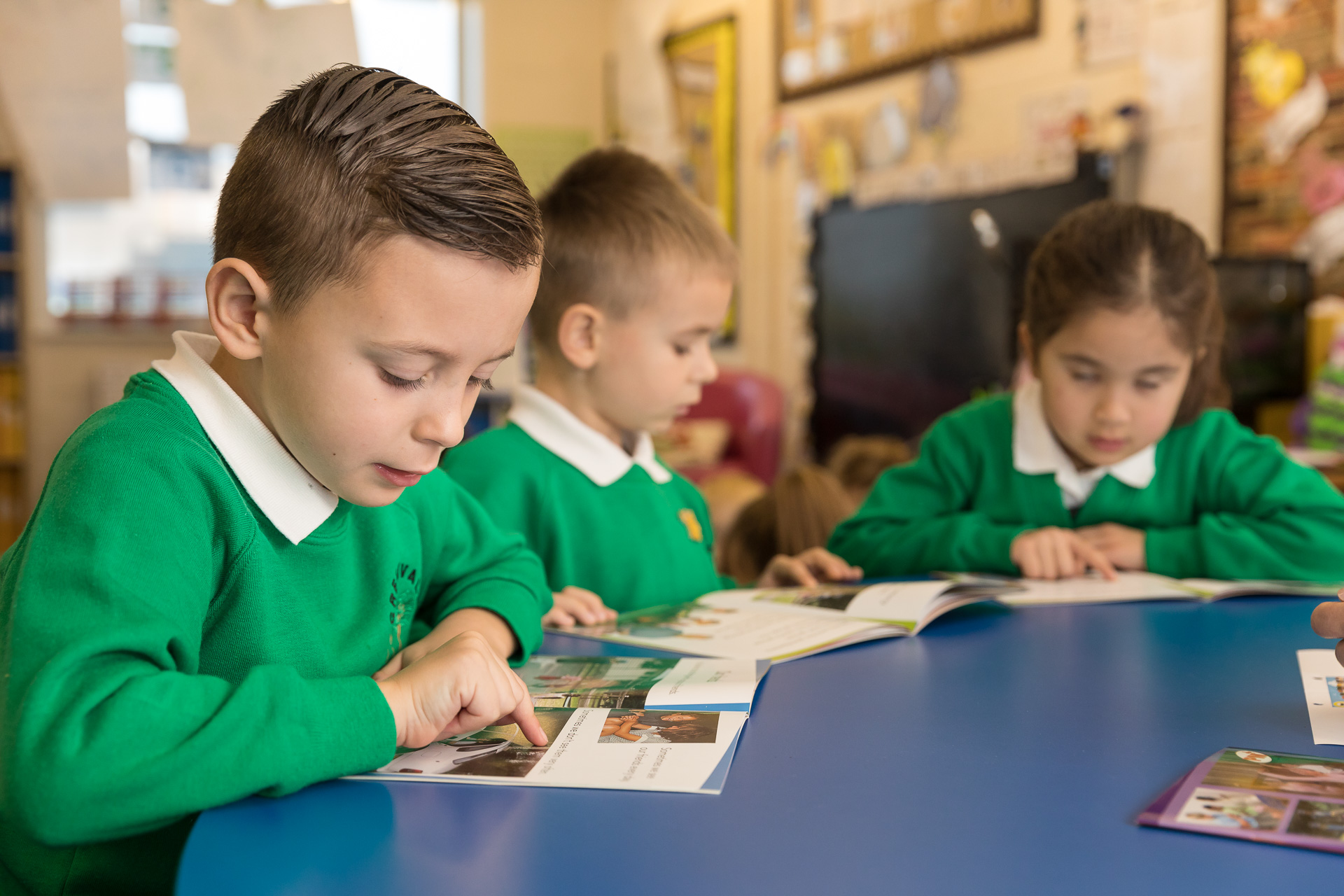 At Greenvale Primary School, we use the Sounds-Write phonics programme to teach our children to read, spell and write.   Phonics involves teaching children how to connect the sounds of spoken English with letters or groups of letters (e.g. that the sound "k" can be represented by a "c", "k" or "ck" spellings).

Pure sounds are very important - use this link to listen to how each letter should sound:

Sounds-Write is effective in teaching pupils to read, spell and write because it takes them in carefully sequenced, incremental steps and teaches them how each of the 44 or so sounds in the English language can be spelt.

Further information and resources can be found at the bottom of this page.

At the start (the Initial Code which is taught during Reception), simple, mutually implied (one sound, one spelling) CVC words (consonant, vowel, consonant) only are introduced. Pupils quickly learn to read and spell words such as 'mum', 'dog', 'jam' and 'sit'. When all the single-letter sound-spelling correspondences have been introduced and established, Sounds-Write then teaches that some sounds have to be represented by two or more letters together e.g. "ee" (see), "sh" (wash), "eigh" (eight). Sounds may also be represented in more than one way e.g. the letter "o" when written can represent the sound "o" as in "Bob" or "oe" as in "so". This is taught in Years 1 and 2 through the Extended Code.

As the programme progresses, the complexity of one-syllable words is carefully increased through a variety of VCC, CVCC, CCVC, CCVCC and CCCVC words, such as, for example, 'elf', 'hand', 'swim', 'trust' and 'scrub'.

This approach teaches the conceptual understanding needed to become an effective reader:

Within this conceptual framework, we teach the factual knowledge required to become an effective reader and speller: the approximately 176 spellings that represent the 44 or so sounds in English, starting with the most simple one-to-one correspondences.

Reading and spelling also requires expertise in the skills necessary to make use of the alphabet code and pupils need to be able to:

Sounds-Write provides opportunities for practising these skills on an everyday basis until pupils achieve the automaticity required for fluent reading and spelling.

Please click here to watch a short video about Phonics and for help with how to 'say the sounds'.